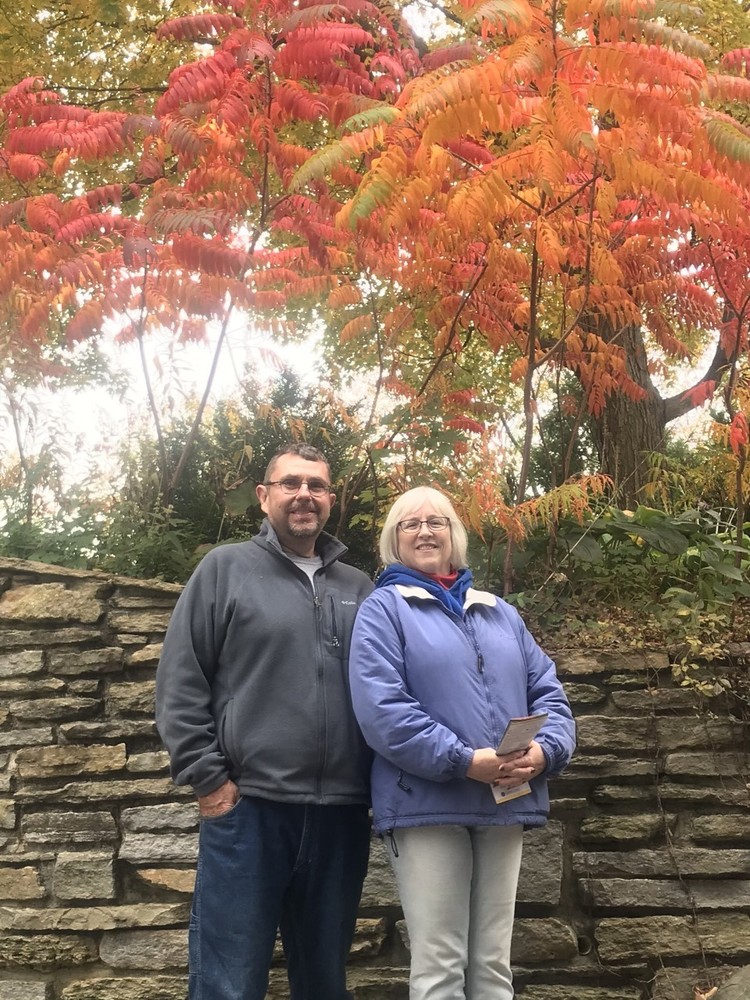 Mrs. Beckett wanted to be a teacher since her earliest recollection. She recalls feeling certain about her future in 4th grade, and Mrs. Beckett fondly remembers playing school with her siblings and stuffed animals as a child. A 1986 graduate of Norwayne High School in Creston, Ohio, Mrs. Beckett is one of the district’s few out-of-state transplants. Mrs. Beckett describes her hometown as about the same size as Licking with a similar small town feeling. After graduating high school, Mrs. Beckett went on to college at Bowling Green State University in Ohio to pursue an elementary education degree. Mrs. Beckett completed her student teaching assignment in a first grade classroom and minored in mathematics. Immediately after graduating, Mrs. Beckett was hired as a high school math teacher. Although she thought she was destined for an elementary-aged classroom, Mrs. Beckett described falling in love with high school-aged learners.

While living in Columbus, Ohio, Mrs. Beckett says her husband had the idea to relocate to Missouri after vacationing in Branson. While browsing picturesque photos of scenic Missouri locations, Mr. and Mrs. Beckett noticed that each of their favorite photos were from local places…scenic riverways of south central Missouri. The couple spent spring break that year looking for homes and stayed at Montauk, falling in love with the area. Although Mrs. Beckett had been spending some time homeschooling her twelve-year-old and three-year-old boys, the couple had no trouble finding teaching jobs in Salem. In fact, they were interviewed and hired the same evening as a Board meeting. The Beckett family still lives in the same home they found all those years ago. After continuing homeschooling and working at the collegiate level, Mrs. Beckett transferred to Licking R-VIII School District in 2016 after finishing graduate school.

Mrs. Beckett has been teaching high school math for the district since 2016, and says she loves the people she works with. “We’re family in this building,” Mrs. Beckett said. “We ask about each other and try to be encouraging and uplifting of one another.” Indeed, Mrs. Beckett is known for her friendly and open personality. “She has offered to switch some difficult classes with me,” said Mrs. Baker, “and she offers help daily.” Mrs. Beckett offers new ideas about mentoring teachers and cares deeply about keeping talented professionals in this important line of work.

When it comes to high school students, Mrs. Beckett says she enjoys working with them so much because she sees value in each young person whether or not they enjoy math classes. Mrs. Beckett is honest in her approach with students and maintains high standards while offering extra support before and after school -- even virtually, if needed. While new technology can be intimidating for staff with many years of experience, Mrs. Beckett is a leader in the district in virtual instruction. During COVID, Mrs. Beckett would include students in class discussion and tutorials electronically while simultaneously instructed seated students so they could receive help at home without falling behind.

Mrs. Beckett married her high school sweetheart, Richard Beckett, in 1985, and they dated seven years prior to becoming husband and wife. Mr. and Mrs. Beckett prioritized finishing their college degrees before settling down as a married couple, and they have three children, Scott, Josiah, and Jedidiah. Josiah Beckett, age 25, is a paraprofessional/substitute at Oak Hill R-1 School District. The Beckett family has two bird dogs and several cats. They are members of Salem United Methodist Church. When she isn’t teaching or helping students before or after school, Mrs. Beckett teaches at Southwest Baptist University in Salem and Missouri S&T as an adjunct professor.

Mrs. Beckett is an important part of the teaching faculty at Licking R-VIII School District. An anchor in the mathematics department, a friend to her colleagues, and a role model for students, Mrs. Beckett is recognized as this month’s Spotlight Staff Member!